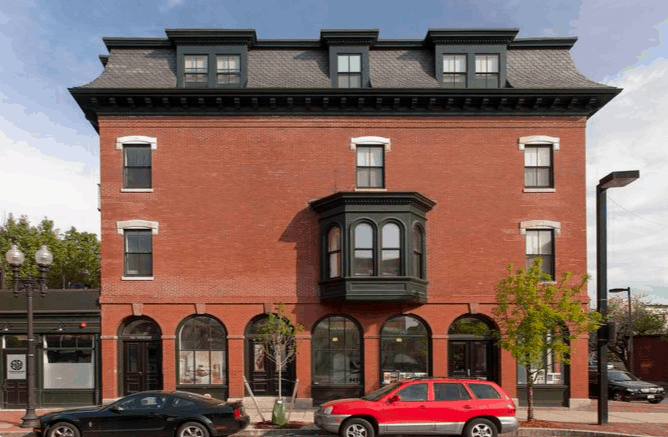 The Calvin Swallow Residence entailed the restoration and rehabilitation of the 1874 building in conformance with National Park Service, the Massachusetts Historical Commission and Boston’s South End Landmark District Commission. The building had been vacant and abandoned for more than 15 years. The scope of the project consisted of a full exterior restoration which includes new slate roofing, re-construction of the cornice lines, repair and mostly reconstruction of the ground level storefront windows and door, repair of the oriel window and masonry repointing. On the interior, Haycon restored the stairs and railings and constructed six apartments on the top three floors. The ground floors are offices. ‍‍‍ 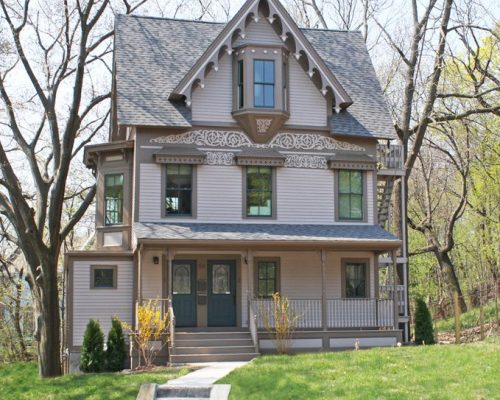 The Highland Cottage Residence entailed the restoration and rehabilitation of the circa 1852 gothic revival home in Boston’s Roxbury Highland Historic District. Originally built as a cottage on a “gentleman’s farm” for a weekend escape from the city, the building was severally under-framed and incurred further structural damage when the adjacent building and soil were removed against the cottage’s wood framing. The restoration required that the house be lifted at its lowest level and be re-framed as well as structurally reinforced. The exterior was restored back to its original detail by re-creating several missing elements using laser cutting technology‍‍‍. 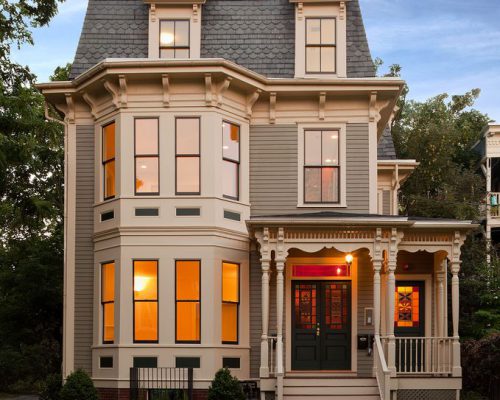 The Philip Munroe Residence consisted of the restoration and rehabilitation of the House to the standards set by the National Park Service, the Massachusetts Historical Commission, and the Mid Cambridge Neighborhood Conservation District Commission. The internal decorative stairwells, Queen Anne windows, interior and exterior doors, slate roof, and ornamental features were preserved. Replacement items such as windows and clapboards were reproduced with the same materials and specifications as those on the building when it was originally built in 1887. Great care was taken to preserve the original framework and detailing whenever possible. The restoration resulted in three new luxury apartments that reflect the traditional style of the house. The Philip Munroe house is an example of how preservation, restoration and modernization can successfully maintain the unique heritage of out past and preserve it for the future. 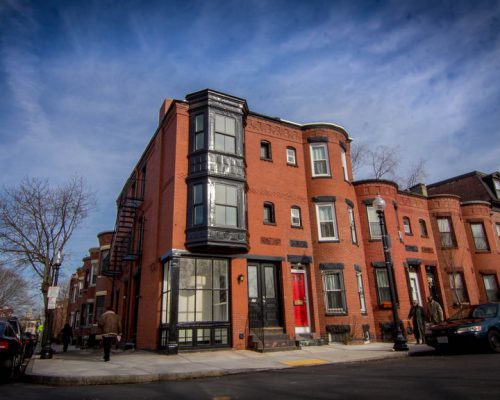 The restoration of 83-85 Windsor Street represents Haycon’s continued commitment toward historic preservation and restoration in the Boston area. By converting the ground floor and basement levels from commercial use to residential use, Haycon was able to increase the living space of the building by almost fifty percent. In complying with national, state, and local standards of restoration, the building has been able to regain its original character and beauty while increasing much needed living space.

Built in the Queen Anne style, this three story corner mason row house was designed by George W. Pope as part of a master planned housing development in 1888. Built by philanthropist Robert Treat Paine Jr. (1835-1910), a national leader among post- Civil War social reformers, the building was originally marked for worker housing. Committed to housing the urban poor, Paine built 85 Windsor St. as a cohesive block of housing structures to serve as worker housing and to further his mission of improving the living standards at the turn of the century.

ARE YOU IN NEED OF OUR SERVICES?